A kind person send me a batch of plants in the mail including a hefty supply of Riccia Fluitans, the plant often used by the serious aquascaper to coat rocks.I did some reading and found out you can do this with pebbles as well as rocks. All you really need is some fine netting. As a bonus it's not very demanding on CO2 and light as a lot of other aquascaping plants.

So, I went to Action, a local chain that only sells cheap stuff from China. For 85 cents I got two wads of netting that are intended as some kind of bath sponge. I also got some pebbles from the garden, gave them a quick boil to kill any nasties and let them cool down.

Whenever I work with plants I always use my dedicated plant scissors (stainless steel, ikea) and a plastic serving tray (also ikea). 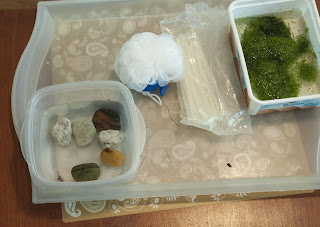 Now, first step is to unravel the netting. Remove the cord and you end up with about a meter's worth of the stuff. 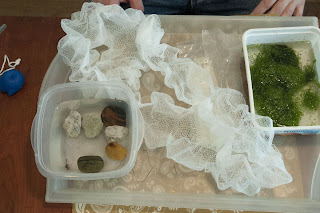 Next, get a pebble and cut a piece of netting that will cover the pebble with some left over so you can use a small ty-rap to secure it 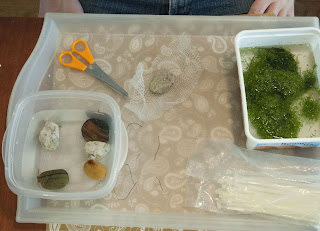 Try to apply a thin but even coat of Riccia 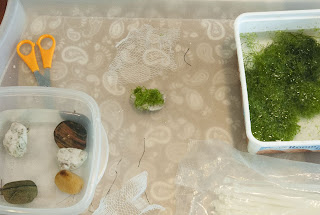 And wrap in the netting. 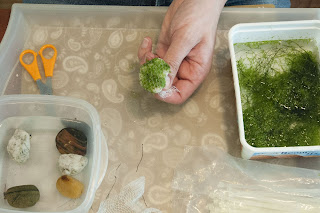 Twisting it at the back. Secure with a ty-rap and cut of the ends of netting and ty-rap. 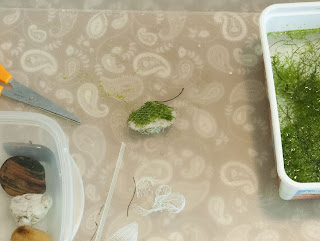 Right after I took this picture the shrimps and snails were all over it which worried me a lot. However, 5 days later they look like this: 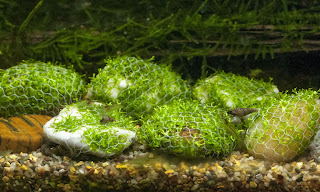 There's clearly some new growth but it's also clear that on the front left and right I haven't used enough Riccia. I'll update this in a week and two weeks.